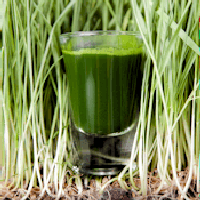 Wheatgrass has been used in the United States since the 1930’s for its nutritional value, and has become popular ever since especially in recent years. You can buy wheatgrass in many healthy life stores, restaurants and juice bars.

The popularity of wheatgrass began in the late 50's when a lady called Ann Wigmore made a discovery of the healing benefits of wheatgrass. She was suffering from cancer and became cancer free within a year. She touted the benefits of wheatgrass and brought about a revolution of eating plant based, healthy living foods. Wheatgrass was the major element that contributed to her healing she promoted and she can be credited for the beginning of age of healthy living with planted based foods.

Wheatgrass is commonly known as the baby form of wheat. There is an absence of gluten in what grass which comes later as the plant matures. Usually, wheat is only used when the seeds have been completely formed and it is fully grown. On the other hand, the younger wheatgrass is still green when freshly sprouted.

Just like other vegetables and plants, wheatgrass contains about 70% chlorophyll. It also contains 17 amino acids, is rich in protein and packed with phytonutrients and enzymes. It also delivers vitamins B complex, A, E, K and C.

Some of the health claims of wheatgrass include detoxifying and cleansing the colon, regulating blood sugar, reduces cholesterol, increase in hemoglobin production, enhances the immune system and reduces high blood pressure.

Because of the vital health and nutrient benefits, wheatgrass is speedily becoming a powerful force it was originally meant to be. It is a great way to help you get the required 5 to 9 servings of vegetables.

When consuming fresh wheatgrass, it has to be in liquid form, chewed and spit out, or dehydrated for concentrated nutrition on the go. This is because the human body cannot digest grass; your body will begin to cleanse itself of the myriad of toxins present in everyday life 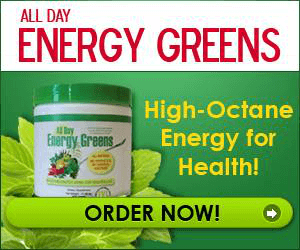 It is recommended that you drink it without the aid of any other liquid on an empty stomach in the morning and repeat the same in the afternoon. You can also use it slightly diluted with your preferred green juice. Wheatgrass has a pretty strong taste and some persons may experience nausea initially with wheatgrass regimen. This is nothing to worry about.

If you can’t make the time to grow and juice your own wheatgrass, there are green drinks that already the grasses that can be taken in capsule or rehydrated drink form. An example of a quality green powdered drink is All Day Energy Greens.