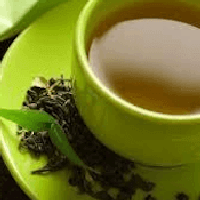 Green tea is packed with antioxidants and has many potent health benefits including it many help improved brain function, promote weight loss and a lower risk of many diseases.

Here are some antioxidants benefits of green tea:

Free radicals can be found everywhere - in the food we eat, in the sunlight and even in the air we breathe. Through a process known as oxidation, the body absorbs oxygen and converts it into energy and by so doing release free radicals. These free radicals are removed by antioxidants before they become harmful. However as we age, this process becomes less efficient. These highly reactive radicals spread round the body, causing damage to cells, heart disease, cancer, thinning skin and wrinkles all from the damage caused by free radicals. 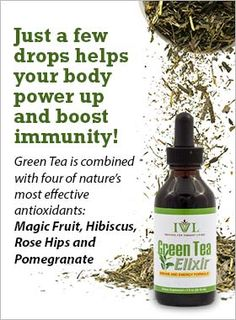 Antioxidants slow down the ageing process by the neutralization of these free radicals. They carry out repairs at the cellular level while the effects are manifested in a myriad of ways.

In Italy, a team of researchers were able to provide very clear evidence that the human body absorbs green tea antioxidants after ingesting. The team went further to ascertain the amount of green tea antioxidants that remain in the body after consumption. The green tea consisted of sugar, tea leaves, ascorbic acid, flavoring, lemon juice and dextrose.

The Department of Agriculture in the US published a report in 2007, comparing the flavonoid content in close to 400 foods. Green tea was found to contain a simple form of flavonoid referred to as catechins. Dried green tea extract contained 30% - 40% catechins. This is quite a large amount. This is why green tea is rated among plants with the highest content of flavonoid. 1g of green tea leaves contain 127 mg of catechins.

By comparing the antioxidant content of beverages and foods, most people fail to realize that a cup of tea is brewed by 3g of dried leaves, brews almost 1 liter of tea. Dollar for dollar and gram for gram, nothing packs as much punch as green tea. This is why green tea is the most consumed beverage. Drinking green tea is the most cost effective and enjoyable way to detoxify your body system.

If you don’t have the time to enjoy a cup of green tea, a couple of drops of extracts can offer the same benefits.