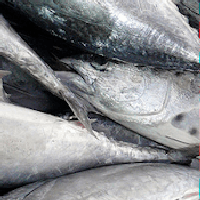 Bonito is a type of fish that belong to the mackerel and tuna family and is traditionally eaten in Japan. Researchers in Japan have discovered a patented process to separate specific, active bonito peptides which demonstrates a lowering effect on blood pressure in humans and animals.

A therapeutic dosage of Bonito peptide is usually taken about 1.5 to 3 grams per day, which would require a lot of Japanese fermented soybean paste to be obtained from a food sources alone. With bonito peptide supplements, many people have shown significant drops in blood pressure, and some in as little 7 days.

Bonito peptides have proved to prevent the activity of ACE (angiotensin-converting enzyme). ACE speeds up the production of angiotensin II, which is a potent compound that is responsible for the narrowing of the blood vessels. When in excess, it could lead to harmful effects such as blot clot formation, increased oxidative stress and local arterial damage. Because of its physiological effects, angiotensin II could have a connection with the development of high blood pressure, diabetes related nerve damage and in vascular diseases like atherosclerosis.

Researchers in Japan have discovered 9 active specific peptides present in dried bonito fish. Some of enzyme properties enable the mixture of bonito peptide have a continuous lowering effect on blood pressures in mild and borderline hypertensive persons, without resulting in a sudden rise in blood pressure after omitting a dosage.