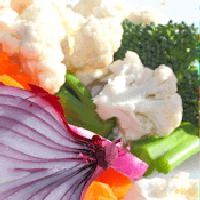 Sulfur is known as a mineral that some studies show it greatly in fighting against fatigue, cancer, wrinkles, pain, and stress. This makes it quite essential for the overall health. Do you know if you are getting your diet gives you enough of sulfur?

The Importance of Sulfur

After calcium and phosphorus, sulfur ranks as the third in the list of the most abundant minerals in a human body. Some people underestimate the importance of sulfur and this can be one of the reasons why some individuals also lack enough of it.

Sulfur can be found in the muscles, bones, and skin. However, that serves only half of what makes sulfur important. It is also very important in the bodily systems. It is the sulfur bonds that keep proteins stay in shape. For example, the hair and nails contain keratin, which is high in sulfur. Consequently, keratin is a kind of tough protein. Another example is that, the cartilages and tissues in our body contain proteins with flexible sulfur bonds. Hence, this avoids painful joints, stiff muscles, and wrinkling of skin. If the amount of sulfur is not enough, there is a high possibility that you will experience those inconveniences.

Sulfur plays an essential role in the following:

The Organic Forms of Sulfur

MSM or methylsulfonylmethane is an organic form of sulfur. It is also a potent antioxidant. This is the sulfur that is found in the plants. When you just have enough MSM in your body, you are making yourself less prone to fatigue, depression, joint pain, degenerative diseases, and stress. MSM can neutralize body inflammation and since it comes from plants, it is considered as one of the greatest discoveries as a powerful anti-inflammatory.

If you want to be healthy, you must make sure that you get enough vitamins and minerals in your body. It is recommended that you eat a proper diet in order to obtain the minerals needed, but if it is completely not possible, you can go after the supplements so you will have enough of the vitamins and minerals that your body needs. Though having enough amounts is not required, it is necessary if you want to keep your body healthy and less prone to diseases. This saves you money as well, since you will no longer need to pay for the future medications that you may need due to diseases that could have been prevented.